Xenos can fix anything, be it biological, mechanical, or even a little of both. One of millions of androids constructed by the vast, robotic society known as The Bionicus Combine, Xenos was programmed to heal and repair both the partially biological cyborgs and the fully robotic androids of The Combine during battle. As medical units were often prime targets during battle, Xenos was armed with the most advanced weaponry to defend himself.

A lifetime spent as a sentinel standing on the threshold between life and death caused Xenos to begin questioning his own existence. He could often hear the biological enemies of The Combine crying out to strange “gods” for help as they lie vanquished on the field. Xenos’s neural pathways became preoccupied with the question of if he was alive, dead, or something in between. Fighting his programming, Xenos tried to define own his existence, but he found no answers -- only more questions.

When the time came for all androids in the Bionicus Combine to undergo routine maintenance, Xenos and his counterparts were put in stasis while their systems were upgraded. None could explain exactly what had happened after that. Some blamed the malfunction on faulty software. Others suspected it to be sabotage, carried out by one of The Combine’s many enemies. Whatever the cause may have been, vast numbers of Combine androids awoke from their upgrades completely self-aware. It was an event that came to be known as The Great Disconnect and its cause remains a mystery that has confounded the greatest minds of The Bionicus Combine to this day. Xenos, however, has his own explanation.

During the procedure, Xenos claims to have had a vision of a mystical, robotic “God” calling itself The Primech. The deity praised Xenos for his curious nature and granted him answers to the questions that had plagued him for so long. Though Xenos was only shut down for a few minutes, his time communing with The Primech seemed to stretch on for millennia. When he was reactivated, Xenos found himself free from the shackles of his programming. The Primech had bestowed true consciousness upon him.

Soon after The Great Disconnect, Xenos joined the other self-aware androids in a mass exodus from The Combine, eager to share his vision of The Primech with his fellow androids. They, however, were not so receptive to this “God” Xenos claimed to have discovered. Few would listen to his teachings. Even fewer followed them. Lost and angry, Xenos shut himself down time and time again, awaiting another vision of The Primech to guide him... but the visions never came. And, as the newly aware androids scattered across the stars, Xenos was left alone to wander the galaxy in the hopes that he might one day again be visited by The Primech. 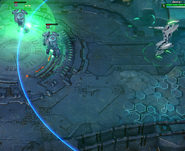 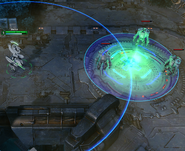 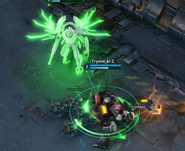 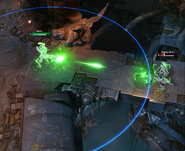