Shoots an energy ball in a line that returns to Nefara and affects enemies it passes through. Deals damage and silences for s short duration when flying away, and deals the same amount of damage and roots for a short duration on the way back. The first Commander hit by this ability takes bonus power damage.

Instantly creates an energy shell around target enemy or ally that lasts for a short duration.

Deals damage to enemy units in target area and teleports all units towards target direction. Also affects friendly targets and teleports them away. 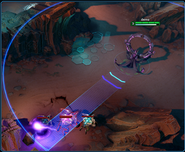 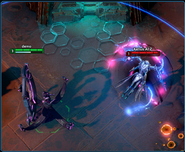 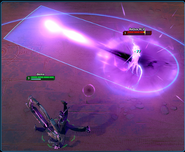 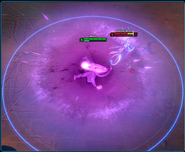 Singularity
Add a photo to this gallery 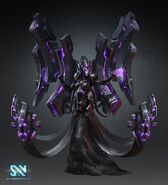 Add a photo to this gallery
Retrieved from "https://supernova.fandom.com/wiki/Nefara?oldid=5078"
Community content is available under CC-BY-SA unless otherwise noted.