Stalk. Strike. Vanish. For years, Mortanica could recall nothing but her own programming. Built to be the ultimate assassin by The Bionicus Combine -- a roaming society of cybernetic organisms that inhabit an area of the galaxy known as The Zone of Avoidance -- Mortanica was often called upon during the Combine’s many planetary sieges to sneak in and execute high ranking enemy leaders, in attempt to confuse and demoralize the enemy into surrendering.

Perhaps due to her programming’s focus on attention to detail and observation, Mortanica developed a morbid, childlike sense of curiosity. She marveled at the complexity of the smallest of things, from the patters on a shattered patch of scorched earth to the look in her victims’ eyes as she slit their throats.

A day came when the androids of The Bionicus Combine were placed in stasis for a routine maintenance. It had happened countless times before, but this time, for some unexplained reason, Mortanica, along with a large number of other androids in The Combine, awoke from the upgrade completely self-aware in an anomalous event known from then on as The Great Disconnect. Mortanica’s childlike curiosity had suddenly evolved into feelings, emotions, and a sense of wonder.

Following The Great Disconnect, the androids of The Bionicus Combine, no longer bound by their programming, spread out across the stars. Some banded together, forming numerous colonies and collectives, but not Mortanica. She had no interest in others of her own kind. There was much in this strange universe that she had yet to see and experience. She would not abide any other beings slowing her down.

Even though she is now self-aware, Mortanica continues to follow much of her original programming, not because she is compelled to, but because she enjoys her role as an assassin. She loves to meet new people – and kill them. 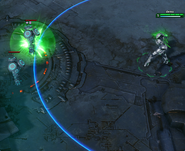 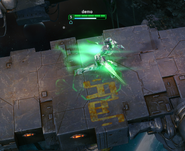 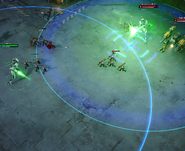 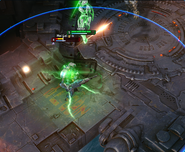 Valkyrie
Add a photo to this gallery

Mississin
Add a photo to this gallery
Retrieved from "https://supernova.fandom.com/wiki/Mortanica?oldid=5077"
Community content is available under CC-BY-SA unless otherwise noted.