2250
Maxim would rather "kiss the pompous ass of a Confed toady" than speak to someone who didn't even bother to fight in the Cliesian Civil War or, as he calls it, "The War".

Maxim was just twelve when The War began. The Sol Confederation, seeking to bring the lawless houses of Gliese under their rule, launched a full scale invasion of the system. The feuding houses of Gliese were forced to set aside their grievances and band together to from The Gliesian League and fight the Confederation.

Maxim's father was conscripted into service by House Torfrost at the start of the war. He rarely returned home from the fighting. When he did, it was only for a few days at most. Each time his father would leave to go back to the front, Maxim's mother worried that he would not come back, but he always did. Seeing his father return from battle over and over again instilled great pride in the young boy. In Maxim's eyes, his father was a hero. Maxim swore that, one day, he too would become a war hero and make his family proud.

One day however, Maxim's father did not come back. As they awaited word of his fate, Maxim did his best to console his grieving mother, who feared the worst had happened and her husband had been killed in battle. The reality, however, turned out to be much worse -- at least in Maxim's eyes.

In truth, Maxim's father had been killed, but not by the enemy. He was caught trying to desert his unit and was executed. Maxim's family was disavowed by House Torfrost, leaving the young boy devastated. He ran away from home, vowing to restore his family's honor. Maxim volunteered for service in the Gliesan League, forging his identification so that he could join at a younger age. It did not take long for the other recruits to learn of his father's desertion, and Maxim was forced to suffer ridicule and torment throughout his training. He didn't care. He was determined to earn their respect. He would show them that he was not his father.

Maxim earned every shred of respect he got, fighting his way up the ranks in several campaigns across the Gliese System. His gusto and eagerness to always be on the front lines eventually earned him command of a unit of CRF 322 "Steelsplitter" mechs. He could have easily risen to officer ranks, but Maxim preferred to "keep his boots on the ground", as he put it, fighting alongside his fellow soldiers.

When the war was done and the Confederation was sent back to the Sol system to lick its wounds, Maxim found himself unable to adjust to civilian life, and he finally decided to take up his hammer and strike out on his own as a mercenary for hire, thought he still has a strong loyalty to House Torfrost. He despises cowardice and always tried to fight for the side he believes to be the most honorable, though that is not always viable for a mercenary under the Red Star or Gliese. 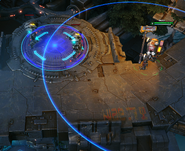 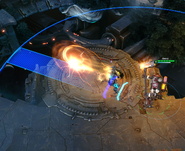 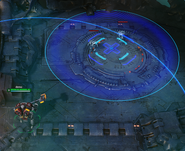 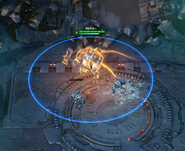