Creates an impassable stone wall towards target direction that pushes ground units in its path and deals damage to all affected enemies and reduces their movement speed for a short duration.

Deals damage to all nearby enemies and heals Galagat for each damaged target over a short duration. Hitting Commanders has a greater healing effect.

Galagat deconstructs at its current location and reconstructs at target location. When completed, Galagat also gains moement speed and armor for a short duration. 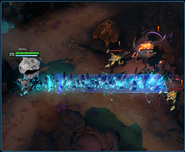 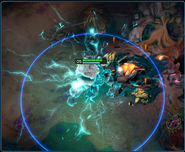 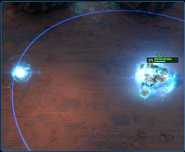 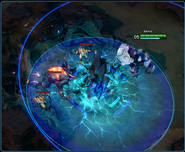